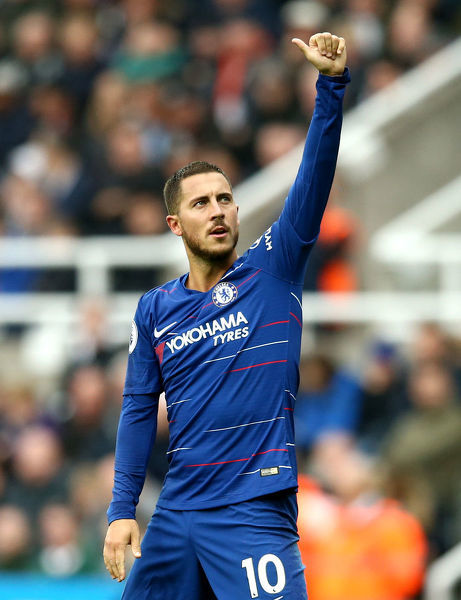 It is the time of the year when each and every Chelsea player logs onto our website to see what the headmaster has to say about their performance at the halfway stage of the season. So without any further ado this is my verdict on the season so far.

Kepa Arrizbalaga – Has let in a couple of soft goals but on the whole has performed as well as we could hope for. His slight build doesn’t help but I would say he is better than De Gea was at the same stage of his United career. My vote – 6.5

Antonio Rudiger – Toni has been our most consistent defender this season. Good all round without being brilliant, which is more than can be said of his team mates at the back. Would probably look even better with a Gary Cahill alongside him but the skipper is obviously not Sarri’s cup of tea. My vote – 7

Cesar Azpilicueta – Azpi hasn’t yet reached the heights of previous seasons when he was the best defender in the Premiership bar none. The switch from three to four at the back hasn’t suited him as he has to combine defending with attacking down the wing. Having said all this still unbeatable one on one. My vote – 6.5

David Luiz – The Geezer was a perfect fit in Conte’s three man defence alongside two out and out defenders and Kante mopping up in front of the defence. Under Sarri it has been all change and while performances have been above average he is still prone to lapses of concentration that more often than not have serious consequences. Still my favourite Chelsea player. – My vote – 6.5

Andreas Christensen – Being in and out of the team has not helped Christensen improve on his performances of last season. The jury is still out on whether he is genuine top class but until he is given a decent run in the team we will never get the chance to decide. My vote – 6

Davide Zappacosta – Not being given much playing time by Sarri and hasn’t exactly set the house on fire in the limited playing time he has been given. My vote – 5

Marcos Alonso – Started the season well but seems to have gone backwards and lost form completely over the last month. Better as a wing back than an out and out full back but ironically has played better in defence than attack this year. Would have got a much higher mark had two or three of his shots that hit the post gone in. My vote – 6

Emerson Palmieri – Has always done well when called upon. If Sarri were the type to choose his team according to whether players are in form or not, Emerson would get much more game time than Alonso. My vote – 6.5

Gary Cahill – The club captain may be on his way out soon as the coach obviously doesn’t rate him. With no obvious leader on the pitch, I would have him in my team every week. My vote – 5.5

Ethan Ampadu – In more than fifty years of watching football I have never seen a player of Ethan’s age with the same qualities in that position. His confidence, reading of the game and skill on the ball will probably make up for his rather slight build but it could be that his long term future is in midfield rayher than as a centre half. My vote – 6

Cesc Fabregas – Still the best passer of the ball in the Premier League and how a coach would prefer Jorginho to Fabregas is a mystery. With Cesc in the team we create more, move the ball quicker and generally look a better team all round. My vote – 7

Jorginho – It hasn’t taken rival coaches a long time to figure out the Italo-Brazilian, both when in possession and when we lose the ball. I would go as far as saying that he has become a liability to the team, even more so because of Sarri’s fixation to accommodate him and having Kante moved out of his natural position. My vote – 4

N’golo Kante – It says a lot about the lad when even in the strange position concocted for him by Sarri, Kante is more often than not the best player on the pitch. His passing is crisp and accurate. His turn of pace deceptive and takes him past opponents with consummate ease. But playing on the right of a midfield trio is like seeing Brad Pitt play the role of Hunchback of Notre Dame. My vote – 8.5

Ross Barkley – I am sure that Ross would get more game time under Sarri if he got himself an Italian passport. For some inexplicable reason the coach thinks that Kovacic is a better player and for most part of the season Barkley has been limited to trying to influence the game after coming on as a substitute. After getting a decent run in the team and performing well in October it has been back to the bench these last few games and a drop in his performance level. My vote – 6.5

Mateo Kovacic – With Ross Barkley and Ruben Loftus-Cheek waiting in the wings, the signing on loan of a Real Madrid reserve was a mystery to me. Kovacic’s performances so far have done nothing to suggest that he brings anything to the team that Barkley or RLC don’t. I call him Mr. Much Ado About Nothing – he buzzes around creating little, passing sideways and generally getting on my nerves. My vote – 5.5

Ruben Loftus-Cheek – I have said it a thousand times and will keep on saying it till the day I die – if RLC wants it enough and is given the chance he can be as good as Frank Lampard. He has bucketloads of skill, he is physically strong, has an obvious eye for goal and is deceptively quick. He did not look out of place in the World Cup and has never looked out of his depth in a Chelsea shirt. My vote – 7

Alvaro Morata – I will just say that along with around 95% of Chelsea fans I just don’t like him and don’t want him in the team. The other 5% need to go to Specsavers. My vote – 2

Olivier Giroud – While Giroud will never be a prolific goalscorer, he gives a hundred per cent every game, unlike his rival for the centre forward position. He holds the ball up well and brings the other forwards into play and you can see that Hazard enjoys playing alongside the big Frenchman. My vote – 6.5

Callum Hudson-Odoi – Definitely one for the future who already looks comfortable in the first team. A massive talent that needs careful nurturing, something Chelsea Football Club is not exactly famous for. My vote – 6

Eden Hazard – At the start of the season he was being compared to the Messis and Ronaldos of this world. Skillwise, he is right up there with them but has yet to be consistent enough to join the club of very best in the world. Being played out of position as a false number nine doesn’t help but Eden is so good he is often our best player even when he plays there. Coveted by Real Madrid who very kindly have offered Isco and Kovacic in exchange. Would you swap two Fiat Puntos for a Mercedes S Class? My vote – 9

Pedro Rodriguez – Pedro is another player who makes the team look better whenever he is in the starting line up. His energy and skill should make him a regular starter, especially as he has that priceless knack of scoring goals at crucial moments. My vote – 7

Willian – I confess to not being a great Willian fan. His end product is nowhere near what his skill is capable of. He is a latter day Chris Waddle, his careless passes often outnumbering the good things he does during a game. My vote – 6

The Coach– If you made it up to here you have probably come to the conclusion that I am not a Sarri fan either. Damn right I’m not. The coach seems totally out of depth with no plan B, insisting on playing our two best players – Kante and Hazard – out of position. The guy is not a winner and I get the feeling that the players do not have total faith in him. All his talk of getting to eighty points, of learning how to play to a system, of not being mature sounds like Ranieri V. 2004 and is quite frankly bollocks. Nine out of the eleven players who used to start for Conte in the championship winning season are still there. He seems not to see what is obvious to most of us fans – that Barkley is better than Kovacic, that Morata is rubbish, that playing Hazard and Kante out of position is bordering on criminal, that sticking with out of form players like Willian and Alonso is not clever. I wish the solution was something as easy as a trip to Specsavers but I think not. My vote – 4 (mainly for the 5 wins at the start of the season and the win over City).

The Team – I have no doubt that Sarri’s tactics are holding the team back but there are plenty of players who need to pull their socks up if we are going to stay in contention for a top four finish. Alonso and Willian can certainly do much better. Pedro, Luiz and Azpilicueta need to be more consistent. Morata I consider a lost cause and hopefully some sucker will make an offer for him in the January transfer window. My vote – 6

The Board – Whoever thought that Sarri, a manager who has never won anything in a very short career at a top team, would be a good fit at Chelsea certainly needs to have a long look in the mirror and consider whether he/she would be better off as a check out clerk in a supermarket. Because I also suspect that it is the same person who has been responsible for all the mediocre players we have bought in the last few years. Where is Emenalo when you need him? My vote – 3