Chelsea Supporters Club Malta > All Posts > Opinion > Is it just me or does Sarriball not work?

Is it just me or does Sarriball not work? 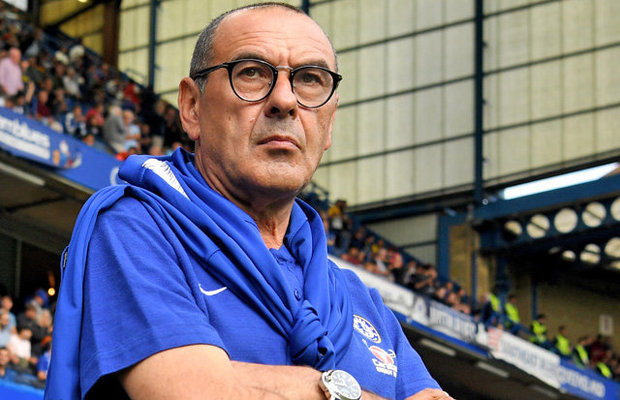 On Thursday morning, after the Wolves defeat I sat down to write a piece for this website. The gist of the article was that Maurizio Sarri’s system had been sussed out, that playing Kante out of position was total lunacy, that the defence needed a revamp and that Morata is basically rubbish.

For some reason I did not post it straight away which was a stroke of luck really as every article I read later that day had more or less the same take on the situation at Chelsea.

Today against Manchester City could be this season’s watershed game as far as Chelsea and Sarri are concerned. After the initial excitement generated by Sarriball and the positive results of the first few weeks I am not the only Chelsea fan to have noticed the limitations of the system. But much worse is that the opposing mangers too have fathomed out the system and a stuffing at the hands of City today is not out of the question.

To be honest I have never been so apprehensive about a home game in my over fifty years of supporting Chelsea as I am about the City game. In the Premier League we have won one out of the last four – the one win against bottom placed club Fulham. Against Spurs we were played off the pitch and at home to Everton we created very little and a draw was not more than what Everton deserved on the day. During the second half against Wolves we were pathetic, especially in defence. Christensen came in for Luiz, who had taken plenty of stick for his performances lately. But the Wolves attack effortlessly cut through our defence which means that either all five defenders are rubbish or, as I believe, the Sarri system just does not work.

When a team starts a season with five straight wins it is difficult to find fault with the system, the manager, the players, the tea lady or the kit manager. Five straight wins equal fifteen points and the dawn of a great new era. Or so many thought. Personally even in those five games, plus the away game in Belarus against Bate Bosrisov to make it six in a row, I felt that the team was vulnerable in defence and the goals were coming mainly from individual pieces of brilliance rather than the system of play. Which mainly consisted of a million short passes, mostly to and by Jorginho to and from a player standing two yards away.

Then the stats started being rolled out. Jorginho broke the record for the most passes in a Premier League game. Against Newcastle, his 186 attempted passes were more than those attempted by the whole of the Newcastle team put together. I am no tactical genius but it occurred to me that these 186 passes led to very little.

This was the game in which my panic button started flashing. On the one hand the stats were impressive. Jorginho’s record and the 82% possession the team enjoyed at a supposedly difficult away ground suggested one thing. But it felt so different watching the game. The goals came from a penalty after a foul on Alonso and an own goal after a Willian free kick. The Newcastle goal on the other hand came from a long punt downfield which, as has often happened since, caught out the Chelsea defence.

My panic button went into overdrive during and after the Man United game. It is not my anti-United bias which leads me to say that this is a seriously poor United team, even by post Ferguson standards. We dominated the first half but dropped a couple of gears in the second half and were generally outplayed by a poor team. The first United goal was farcical, our defence allowing them three attempts on goal in the same action, Martial delivering the killer blow having spent much of the game with his head bowed down and his hands on his hips.

In this game once again both Chelsea goals were from set plays, as did the other main goal-scoring opportunity that came Chelsea’s way. The bottom line is that the system used by Sarri creates very little and without laying the blame on one player it is pertinent to point out that despite being the top passer in the Chelsea team, Jorginho has not had a single assist to date.

The midfield set up not only creates very little but is also leading to our vulnerability at the back. Even against the so called weaker teams which we have beaten, the opposition has created a fair amount of chances, often enough to wrap up the game before Chelsea score.

As for our centre forwards the less said the better. Giroud leads the line well but is not a finisher and definitely not a 25 goal a season player in the Diego Costa/Didier Drogba mould. But at least he tries. With Morata I have reached the no comment phase except say that if I had anything to do with it I would have whoever signed him shot.

A midweek defeat to Wolves does not do any good to one’s outlook on life the morning after. A couple of days have passed and my despondency has not dropped one iota. I hope that not for the first time in my life what I wrote above is proven wrong and what better way to do so than by throwing a massive spanner in the wheel of the Man City juggernaut.