The summer heat can seriously effect your judgement. 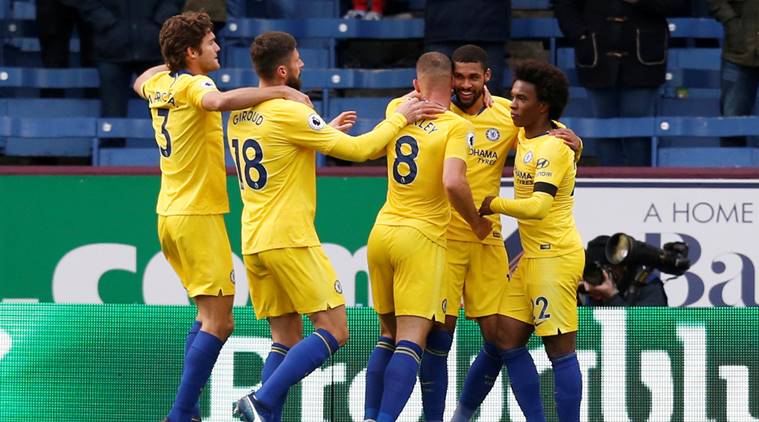 The summer months seem to have a deleterious effect on the function of the brain of various Chelsea members of staff. The cause is as yet unknown, those afflicted not always identifiable but we fans know that it exists.

Otherwise how could one explain Jose’ Mourinho’s behaviour towards doc Eva Carneiro on the opening day of the season 2015/16? Three years have passed since that incident and I am still as gobsmacked as I was on that fateful day when Mourinho’s brain ceased to function in a normal manner. You might remember that in the 92nd minute of the first game of the season against Swansea, Chelsea were being held to a 2 – 2 draw, having had Courtois sent off at the start of the second half. Chelsea had a free kick but Eden Hazard had to leave the field because he had received treatment on the field from doc Eva. As she came off the field Mourinho had a right go at her in front of 41,000 people and later practically blamed her for preventing Chelsea from winning the game – because Hazard was off the field for one action.

Over the past few years the guy or guys (or gal) in charge of transfer policy at the club have also fallen prey to this strange disease. Fast forward two years from the Mourinho – Carneiro spat, to the start of season 2017/18. The big summer signings that year were a French superman (so we were told) called Tiemoue Bakayoko and the Real Madrid superstar (so we were told) Alvaro Morata. Together they cost well over 100 million quid. It turns out that they weren’t even real footballers after all. Bakayoko was a Bambi impersonator. The problem was that when doing his act his legs got in a twist quicker than Bambi’s did in the film. And Morata was a dying swan impersonator, only he dived too soon and never stayed on his feet long enough to be convincing enough in his act.

Which brings me nicely to Chelsea’s transfer policy. On a serious note – is there one single person in the world who thinks that buying Bakayoko at twice what Chelsea sold Nathaniel Chalobah for is good business? I have no doubt that once Chalobah gets an injury free run he will be one of the top midfielders in the Premier League and a mainstay in the England team.

I am writing this piece after a few days in which Chelsea beat Bate Borisov with a hat trick by Ruben Loftus Cheek and stuffed Burnley 4- 0  at Turf Moor. Loftus-Cheek again amongst the scorers together with Ross Barkley, whose goal was the third in as many games. I must have said this a thousand times and will say it another thousand times if necessary. RLC could, and should, become the next Frank Lampard. I have sometimes read that his attitude hasn’t always been a hundred per cent but he has never been given a fair chance by either Conte or Sarri. The lad has everything – an abundance of skill, personality, strength, good header of the ball. I suspect that the decision to sign Mateo Kovacic was made because someone did not have faith in either Loftus-Cheek or Ross Barkley. Or probably both. Which begs the question  – why was Mateo Kovacevic signed last summer? I often get the feeling that foreign coaches give English players a chance in the team only as a favour to the fans. They simply don’t believe in them. I am not saying that Mateo Kovacic is not a good player. But does he give the team anything that either Barkley or RLC don’t? On the contrary I think they actually give more. Certainly goals and in RLC’s case height in attack.

The strange transfer policy doesn’t stop there. Andreas Christensen, we hear, is considering his future at the club. And rightly so I say. From being a regular starter last season, he is an occasional bench warmer this season. To make it worse there is constant talk that Chelsea are about to make a bid for AC Milan’s Alessio Romagnoli. Now don’t get me wrong – Romagnoli is a good player. A very good player in fact. But so is Christensen and he has now proven it in both the Bundesliga and the Premier League.

One could go on and on and on. Is Michy Batshuayi a better player than Tammy Abraham? Going back a few years, have our left backs post Ashley Cole been better than Ryan Bertrand? And what about Nathan Ake? This is a player capable of playing in central defence, left back or in the holding midfield role. Apparently United, Spurs and City are all interested in him and could make a move for him as early as next January.

In a week in which we won two games and scored seven goals in the process – five of which by Barkley and RLC – I have to end on a positive note. After my initial scepticism my belief in Sarri’s methods is growing. The defence has certainly looked better in recent games, Man United game excepted. We seem to create more chances and there certainly has been an improvement in some of the players on an individual level.

A decent centre forward in the transfer window will no doubt work wonders. Our title rivals have free scoring forwards while Chelsea fans are genuinely pleasantly surprised when one of our two centre forwards scores ago.

And finally, next Wednesday, a genuine Chelsea legend returns to the Bridge for the first time as manager. Frank Lampard will bring his Derby team for the Carabao Cup game, assured of one of the greatest receptions in the history of Chelsea Football Club. It takes a lot for Chelsea fans to turn against an ex-player or manager. Think about it Jose’.